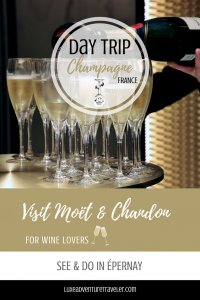 It was time to stop wading in his shower, and dive head first into his problem! Just like you, Alexander knew that every time he took a shower (or bath on occasion), there was all kinds of particles, hair, and who-knows-what entering his drain. Ideally, most of it passes through and goes… where does it all go? Well, it goes away. But some of that stuff seems to stick around, probably hanging out at a turn, maybe even backing up all the way to the top. And once that water flow becomes restricted, it only becomes worse and worse, which is about where this story comes in. Alexander had heard all kinds of ways to handle something like this, so he hopped onto Google, and went to work.
The first thing he tried was using a plunger. It worked for his toilet, so why not the shower? He ran some hot water until there was enough backed up to start plunging away. He plunged and he plunged, but all he got was wet. While this may have worked for somebody else, it didn’t work for Alexander. So, the next thing he found was to start pouring things down his drain. He read about mouthwash, bleach, and other household chemicals. Again, nothing. The drain was still clogged, and now it was probably toxic. So, next up, professional strength chemicals! He went to the nearest hardware store, and he bought a couple different drain clog chemicals, and one of came with a snake. That seemed kind of gross, so he started with just the chemicals. He poured and he waited. And waited. had followed the directions. “What in the world is up with this drain!?”, he thought.
He went back to the hardware store, where he found the plumbing specialist. As it turns out, those chemicals generally aren’t very good for your drains, and sometimes they can make things worse. Well, that’s not what he wanted to hear, so, upon the advice of the expert, he got some of the “good stuff” (I’m not promoting any particular brands here, but this is a much better idea than something like Drano). He went home, and gave it another shot. It seemed like it was going to work! But it didn’t. Alexander was becoming frustrated. All of these things that worked for other people’s drains just weren’t working! Beaten and broken, Alexander decided to call a plumber.
The plumber asked him a few questions. As it turns out, the things he had tried were better suited for a clogged sink. Alexander then realized that if his drain was clogged with hair, it wouldn’t do much good to dump stuff down there that was just eating away at other chemicals! Upon the plumber’s request, Alexander removed the drain cover and stuck the end of a hanger down the drain. It was kind of mushy and gross. He wasn’t feeling so well all of Types Of Plumbing Valves a sudden. But he kept pushing and pulling. He pulled it out and it came up with a lump of hair. Gross, but probable what he needed! The plumber had him do this a few more times and run some hot water. His drain was unclogged!!! Alexander thanked his plumber, and he promptly saved his number in his phone. “That was weird. I fully expected that to cost me couple hundred dollars! Maybe some plumbers actually care about the people they’re helping.”
After his filthy experience, Alexander decided to take a shower. It felt great to not worry about the water backing up! The moral of this story is find the right plumber. A good plumber will be happy to answer questions, provide useful tips, and do what is right for you. If they want to charge a fee or immediately want to come out to fix your problem without Pvc Pipes Large Diameter any question, run! A good plumber knows that if they do the right thing, you will also call them when you really need their help or if you are looking to do any upgrades or add-ons. So, don’t just use the big-name guys or the first one you see. Look for good reviews and treat it as if you were looking for a plumbing consultant. You’ll thank yourself later!

READ  How to Hire a 'True Value' Plumber

It may be surprising to some, but quite a few of the plumbing contractors that advertise in the local phone directory are not really “local plumbers”. More and more of the premium ads (i.e. double […]

Do You Want To Hire A Reliable Plumber?

If you have a leaking pipe or a faucet at home, your best option is to get in touch with a professional plumber. You probably know by now that a clogged drain or a toilet […]

How to Unclog the Shower Drain

When it comes to shower drains, hair can be the number one cause for clogs. There are some simple tricks you can try to clear your shower drain in no time.Most people turn to strong […]